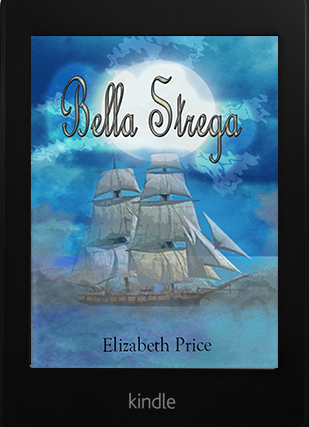 In 1573, Annabel Dublin was wrongfully accused as a witch and burned at the stake. She was nine months pregnant. From the ashes of her body, a newborn baby girl was found, unscathed by the flames. The village priest called it a miracle from God. The villagers believed she was a witch and wanted her condemned… but no one was about to kill a newborn just in case the priest was correct. Instead, the village bought a ship from the Italians called the Bella Strega, and hired a crew of pirates to sail the infant far from their village. The only problem, the Bella Strega was rumored to be a cursed ship. The ship sailed away, never to be heard from again.

Present day Florida – Juan Rodríguez’s father recently passed, leaving him and his brother their family’s fortune. Among Juan’s inheritance is the antique sail ship his father had been restoring for years in an old cannery, the Bella Strega. He decides he wants to sell it, but before he does, he wants to take her out one time. He and a group of college friends attempt a trip down to Jamaica for Spring Break, only to be blown off course. Only then do they find out the haunting secret about the Bella Strega and just how cursed the ship is.